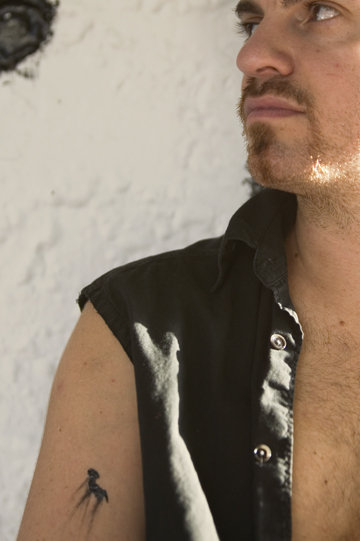 Classically educated, he weaves his work seamlessly across a multitude of platforms and mediums for personally creative and professional ventures.

Since beginning his career in his teens, he has collaborated with Keith Haring, produced album launches for Madonna, designed fashion shows for Jean-Paul Gaultier, created and directed the openings of several internationally renowned nightclubs, marketed luxury items for Cartier, designed and promoted over 500 events of his own, produced over 300 editorial quality fashion shoots for IMG Models, designed and executed events which raised over $1,000,000 for charity, conceived and co-owned two restaurants, worked with the world's top DJs, Producers and EDM Artists, had his paintings exhibited in galleries in New York, Mexico and Los Angeles, including having a piece acquired by a museum, had solo shows in Miami during Art Basel, was elected as a Civic Leader to consult with Mayor David Dermer of Miami Beach on two councils, one for the Business Development and the other for Advertising and Marketing, built a film studio in Downtown Miami, was named one of the 50 Most Powerful People, written three books, two on Universal Philosophy, the other a Medieval Fairy Tale with a subtext designed to empower teens, written thousands of songs and poems, drafted several screenplays, created art and taken pictures daily, been hired as a Generation X expert for Fortune 500 companies, cast several television shows, designed permanent and temporary experiential marketing interior installations, created two elaborate Haunted Houses in Hollywood, worked with ActiVision to launch the game and create online video content for Black-Ops II: Zombies and conceived enough art and web-based projects to fill a lifetime - all designed to inspire, enrich, and empower people and to be self-sustaining and profitable.

He has made art and generated money by working with clients, collaborators and employers on short and long-term basis - always with the self-starting drive he has earned from being an artist and an entrepreneur, a thinker and a strategist.

Whether solo or part of a team, he is someone who enjoys using his imagination to bring ideas from conception to manifestation in a multitude of creative means and mediums.